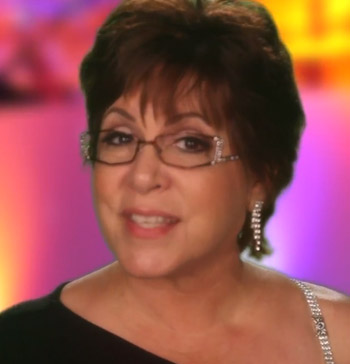 It all began 17 years ago with a pair of bra straps. Frustrated that I could not wear all the dresses and tops that showed my shoulders, because I have to wear a bra, I made a pair of pretty bra straps for myself that looked like jewelry and became a part of my outfit. Everyone wanted them.

Women would go home and wear my bra straps out to malls, restaurants, weddings, etc., and tell me stories of being mobbed by other women asking what they were wearing everywhere they went. Suddenly I was getting phone orders from all over the country and even as far away as France, Canada, England, etc.

Women were telling me that they were shopping for clothes to wear with the bra straps. They loved the bra straps so much that they became the most important part of their outfits because it solved a huge problem, the bra straps comfortably held up their strapless bra and made them feel beautiful. So now they could wear any style dress or top that they desired without thinking about their bra straps showing.

So, I added clothes to wear with the bra straps … spaghetti straps, halters, off the shoulder, one shoulder, strapless … suddenly the doors to the world of fashion were wide open to all women. No longer did they have to put back that dress because it showed their bra straps.

I found myself traveling all over the country on Southwest Airlines with eight fifty pound boxes. I was sought after to vend at all the popular dance conventions. My booth was big and beautiful with spinning mannequins adorned with crystals sparkling over their shoulders and down their back. It was very pretty !!!

I would go from the airport, to the hotel, and stay up all night putting my booth together … no more dancing for me!! Once I went to Puerto Rico and I never even got to see the beach!! From airport to hotel and back again.

It was hard work, but everything worthwhile is hard work. I was always working and still am. But, it was better than what I did before, I was a legal secretary for 25 years in South Florida, mainly Downtown Miami, before making my first pair of bra straps. One of my favorite quotes is from Mohammad Ali who said “The Will Must Be Greater Than The Skill”, how true this is. You have to have the WILL, because this is not easy.

My company evolved over the years. There were many twists and turns along the way. But every once in a while, through my persistence, I would meet someone who would open a door for me, especially with sourcing and manufacturing. I insisted from the beginning that all of the products that I manufacture be made in the USA. That was difficult and still is, because when I go to trade shows almost everything is made in China, Korea, India, Vietnam, all over Asia, but not here in the United States. There is something wrong with this. The last big trade show I went to there was only one pavilion for the USA and they were selling products made in China, but that’s another story for another blog.

Ten years went by and I was tired of my house looking like a factory. So, I saw an ad for an office on Ocean Drive. It was farfetched, but you never know until you ask. You can’t be afraid to ask. So, I met with the property manager. He said, “Would you like to see a storefront?” I thought yeah, sure, but, I agreed and it was on the “second” floor. The Second Floor !! He made me an offer that I couldn’t refuse, so Mike said let’s take it, you need a place to work out of anyway. So, we signed a lease as a temp.

Not really realizing what a “temp” was, we had a channel letter sign installed. Management was very impressed that we would do this when we were only a “temp” and could be kicked out at any notice. Who Knew ?!?!?!?!

So now I had to work even harder. I had to work every art show, farmer’s market, festival, gift shows in the malls, every local outdoor event, selling my bra straps while at the same time promoting my boutique on the second floor, to bring people up there and many came !!!

Three years on the second floor went by and one day the rental agent for the shopping center walked in, saw all the women shopping, and said “Time to move to the first floor.” So they moved me down to the first floor, right next to the grocery store. You would think that would be a goldmine, the best location ever, but there was only one problem … it is in an inside corner that no one notices. Yikes!!! Here we go again !!!

Five years later and the boutique is still there in the corner and very well known. But being in the corner continues to be a challenge. Our boutique “Very Boutiquey®” has been in the Sea Ranch Center for 9 years.

Meanwhile, we had a really pretty little warehouse office space in Downtown Oakland Park on the railroad tracks. I loved that place. Well, after years of being there, the owner sold the building and the new owner wanted me to invest $30,000 and have it ready to open as a retail store in 30 days. I told him that there is no retail traffic in that area and it is so true. No retail store could ever make it there.

So, I found myself looking for a place for my offices. I couldn’t find anything to rent, so I called a fellow chamber member who manages buildings and she said her tenant just moved out and it’s available if I want it. Guess where that was? The Galt Ocean Mile!!! My offices/studio are now in The Galt !!!! A much better location than my other space, especially if we wanted to open it up as a retail store.

We moved into the space, which is only two and a half miles south of my boutique, both off of Ocean Drive, so I don’t have to go over the intracoastal to travel back and forth … NO BRIDGE!!

Next to my space is a great corner space with a beautiful front window, like a bay window only from ceiling to floor. I told my friend, now landlord, if that space ever comes available, I would like to rent it. The tenant occupying that space rented it for about 35 years and had an upholstery business. He decided to retire and guess what ?? We got the space. It was a mess, so Mike and I fixed it up and it is beautiful. Now we have two boutiques, two and a half miles apart, both very pretty and a lot of fun to come and browse around !!

So, that’s how we got to where we are today. It’s been a wild and crazy ride, full of twists and turns. Thank Goodness for my husband, Mike, my mother, Helen, and my son, Jonathan. I couldn’t have done this without their support. We had no idea when I designed my first pair of bra straps on the kitchen counter that we would end up here. My kitchen counter was always in production, in other words, it was always a mess !!!

Never did it ever enter into my mind that I would become a jewelry and fashion designer, own three utility patents, an online store and two boutiques !!!!

Now it’s time to launch my bra straps called “Show Off Straps®”. But it’s more than bra straps!! By connecting rhinestone chains to crystal links you can make bra straps, bracelets, necklaces or belts, any length, color or design. You can change the color to match your outfit. It took years to develop, patent and manufacture Show Off Straps® in our country. Years of women asking me “Is it ready yet”? No one wanted to manufacture this. But with the help of a man that I met, Michael, who worked in the fashion jewelry industry, Show Off Straps® is finished and ready to bring to you. Thank You Michael !!!!

My boutique “Very Boutiquey®” exclusively sells Show Off Straps®. Manufactured in the USA, we sell direct to you, so you enjoy the benefits for buying direct from the manufacturer.

Show Off Straps is sold in my boutiques or online at www.showoffstraps.com and www.veryboutiquey.com.

So, now you know the Story Behind the Story … But Wait !!! There’s More !!! To be continued another time in another blog.

Thanks For Your Time !!! Hope You Found my story Interesting !!!